I have been taking my Labrador Willow to Nij and Jo’s training classes since she was a puppy, and when she passed 2 years old and was fairly well behaved I considered her ‘trained’. I kept going to the classes for enjoyment and to meet all the lovely people there, but I wasn’t really expecting her to advance further.  So it was a surprise when around her third birthday there was a sense of things clicking into place for her and her performance suddenly improved.

Willow has grown up alongside my two grandchildren, and a long-running battle has been trying to teach her that she is not allowed to eat children’s food, even when it is waved under her nose or dropped at her feet. This met with limited success.  Well, she is a Labrador!  However, at recent classes, we have done an exercise involving two treats in which the dog is not allowed the treat they first notice but gets the other one. I discovered to my delight and astonishment that Willow, while still taking up position under the table at meal times, has stopped diving on any bits of food that might drop to the floor.  I can now remove it, and give her a dog treat as a reward.

I’m daring to hope that in time I will be able to take her to Brocks Hill after a sunny weekend without losing her to the call of the overflowing bins!

Want to join the discussion?
Feel free to contribute! 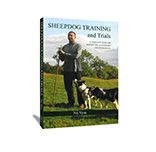 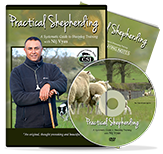 Because these cookies are strictly necessary to deliver the website, refuseing them will have impact how our site functions. You always can block or delete cookies by changing your browser settings and force blocking all cookies on this website. But this will always prompt you to accept/refuse cookies when revisiting our site.

We fully respect if you want to refuse cookies but to avoid asking you again and again kindly allow us to store a cookie for that. You are free to opt out any time or opt in for other cookies to get a better experience. If you refuse cookies we will remove all set cookies in our domain.

We provide you with a list of stored cookies on your computer in our domain so you can check what we stored. Due to security reasons we are not able to show or modify cookies from other domains. You can check these in your browser security settings.

We also use different external services like Google Webfonts, Google Maps, and external Video providers. Since these providers may collect personal data like your IP address we allow you to block them here. Please be aware that this might heavily reduce the functionality and appearance of our site. Changes will take effect once you reload the page.